We know all about the parades, picnics, concerts, barbecues, fairs, parties, and fireworks that happen on the fourth of July, but what about the history behind this federal holiday? The day marks the original 13 colonies’ adoption of the Declaration of Independence on July 4, 1776, which declared independence from the Great Britain and its king. Although you probably know the most common facts behind this great event, here are some fascinating facts that you may not know. 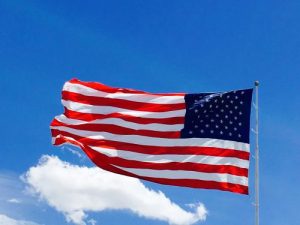 Are you a truck lover?  Does your heart beat a little faster at the sight of four-wheel drive machine?  It’s ok, mine does too.  For us truck fanatics, our love of trucks didn’t start when we got our driver’s license.  It started when we were kids playing on the floor, making engine sounds, and pushing around a mighty Tonka Truck that was almost as big as we were.

What’s so special about a Tonka Truck?  It isn’t just their construction (although they can last for generations), it isn’t only their realistic design, and it isn’t just their true-to-life detailing.  Tonka trucks are so beloved because they allow boys and girls to dream and to dream big. When a six-year old is playing with a Tonka firetruck, he’s not just playing with his truck.  At that moment, he’s a heroic fireman rescuing strangers from a burning building.  When you see a toddler pushing around a bulldozer, he’s not just pushing it.  He’s in that truck, pushing dirt and building himself a racetrack.  A little boy pushing a tractor in the driveway is, at that moment, a farmer in charge of the biggest farm in the midwest.

The reason that Tonka trucks are still popular after 60 plus years is because they allow children to become heroes, dream big, and to create their own grand adventures.  Whether it’s a Tow Truck, a Tonka Dump Truck, or a Steel Bulldozer – your child or grandchild is sure to get years of dream building and epic adventures out of their Tonka Truck.

During World War II, military commanders on both sides of the war used complicated machines, known as cipher machines, to send messages back and forth.  Although, the technology used to encrypt (write in code) these messages was state-of-the-art and complex, the codes were breakable by the enemy IF the enemy learned the key (the way to solve the code).  Eager to come up with a way of communicating that was even more difficult to break, military commanders turned to a trick Roman officers used in the first century BCE – they communicated in a language that the enemy didn’t know and couldn’t easily learn.

The Navajo language was so complex and difficult to master, and the people themselves were so isolated, that few outsiders ever mastered the language.  It was for these reasons that the Navajo language became the perfect method of unbreakable communication for the US Military during World War II.

Originally, the marines took on 29 Navajo recruits.  Those original recruits had to devise new words for military terms that were not part of their native language.  For example, a dive bomber was called a chicken hawk, a battleship was a whale, and a commanding officer was called a war chief.

Within the first two days of the battle of Iwo Jima, the Navajo transmitted over 800 messages without a single error.  The enemy was completely confused and the battle of Iwo Jima’s success can be attributed in part to the brave men of the Navajo nation who successfully transmitted important coded messages.  One american officer stated, “Were it not for the Navajo code talkers, the Marines never would have taken Iwo Jima.”

Eventually the Navajo Code Talkers numbered over 400, and their success attributed to the outcome of the war.  Countless movies, documentaries, and books have covered these amazing men and their stories.  You can learn more about these american heroes on the website www.navajocodetalkers.org.

As the 4th of July rolls around, most families are focused on the fun associated with this patriotic holiday. If we take a quick moment amidst the fun and celebrations to explore the men, women, and events that helped to shape this great nation, we can turn a memorable holiday into a meaningful holiday.

Here are some kid-friendly, family-oriented, JM Cremps approved books for kids that will introduce your children to some of our nation’s greatest heroes. From Abraham Lincoln to the everyday colonial family, your children will be fascinated and enlightened by the events that took place during our nation’s turbulent past.

Lincoln’s Last Days is a gripping account of one of the most dramatic nights in American history- of how one gunshot changed the country forever. Adapted from Bill O’Reilly’s bestselling historical thriller, Killing Lincoln, this book will have young readers-and grown-ups too- hooked on history.

In the spring of 1865, President Abraham Lincoln travels through Washington, D.C., after finally winning America’s bloody Civil War. In the midst of celebrations, Lincoln is assasinated at Ford’s Theatre by a famous actor named John Wilkes Booth. What follows is a thrilling chase, ending with a fiery shoot-out and swift justice for the perpetrators.

With an unforgettable cast of characters, page-turning action, vivid detail, and art on every spread, Lincoln’s Last Days is history that reads like a thriller.

The American Revolution for Kids, by Janis Herbert

Heroes, traitors, and great thinkers come to life in the activity book, and the concepts of freedom and democracy are celebrated in true accounts of the distinguished officers, wise delegates, rugged riflemen, and hard working farm wives and children who created our young nation. The American Revolution for Kids tells the story of the Revolution from the hated Stamp Act and the Boston Tea Party to the British surrender at Yorktown and the creation of the United States Constitution. All American school children are required to study the Revolution and the Constitution- this book complete with its 21 activities will make learning fun and memorable.

In The American Revolution for Kids Activity Book, children can:
• Make a fringed hunting shirt like the one worn by frontiersman General Daniel Morgan
• Reenact the Battle of Cowpens and the cunning strategy that helped the outnumbered Americans win the war
• Learn how to make their own voices heard in I Protest!
• Dance a minuet like George Washington, the best dancer in Virginia
• Discover how Congress works in There Ought to Be a Law
• Create Papyrotamia, paper cutouts that were all the rage in colonial homes

The Battle of Gettysburg is one of the most famous battles in American history, and is widely recognized as the turning point of the Civil War. A landmark event in United States history, it accounted for the most casualties of any battle during the war and spelled the beginning of the end for the Confederacy.

In this power graphic history, Wayne Vansant describes the period leading up to the Battle of Gettysburg, as well as all of the major military events on July 1st, 2nd, and 3rd, including the famous fight for Little Round Top and the death march known as Pickett’s Charge. He paints portraits of each army’s leaders, including Robert E Lee, James Longstreet, George Meade, and then little-known Joshua Chamberlain.

Vansant concludes a few months later at the dedication of the Soldier’s National Cemetery in November 1863, when Abraham Lincoln delivered one of the most famous speeches of all time: The Gettysburg Address. Gettysburg delivers one of the hallmark events of American history in an exciting and innovative format.